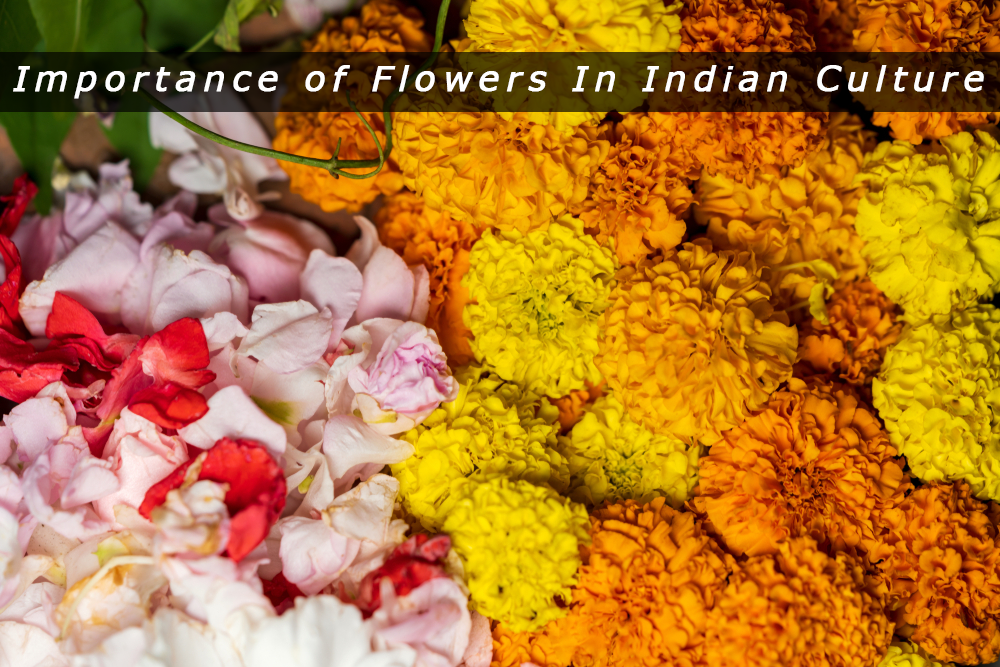 Flowers are mystical; yes, it is! You might have to get confused about why flowers are mystical. The answer is the effect a flower can have on the spectator's thought, mind, or behaviour merely by its presence. Flowers are mystical as well as stoic. Stoic, because they are used right from birth ceremonies to last rites of being. Jasmine flowers, Pink Lotus, Rose flowers, Marigold flowers are widely used flowers for different occasions and purposes. Indian flower stores in the USA are providing fresh flowers and flower items to make your festive vibes more vibrant with fresh flowers.

From decorations to rituals, flowers have an irreplaceable place in Indian culture and rituals. You will find Jasmine flowers, Pink Lotus, Rose flowers, Marigold flowers at baby showers, wedding ceremonies, festivals, celebrations, house warming ceremonies, birthdays, and where not. It can be said where there is joy, happiness, and celebrations flowers are there. But don’t forget flowers don’t abstain themselves from human life in sorrow too, flowers are also used in last rites.

Stretching about the significance of flowers in Indian culture and rituals, the usage of flowers and their importance is inscribed in all the Vedic, spiritual, and religious texts of Indian culture. Flowers are closely associated with the Indian tradition and culture having great significance and deeper meaning.

The deeper meaning of flower in Hinduism and Indian culture can be found in the Purans and Vedic scriptures where the usage of flowers and flower garlands can be found. Flowers are used as garlands, strings as well as in loose form in Indian traditions and cultures. In Indian culture following are the flowers that are widely used by Indians in different ceremonies and occasions,

We are sharing some information about the significance of some important Indian flowers that have different aspects and reasons behind using them.

Jasmine flowers and jasmine flower strings are very famous In Indian culture. This white bud flower is known for its aesthetic texture and capturing fragrance that makes the atmosphere enhancing.  Jasmine is used for making Gajra, the string used by Indian women to embellish their hair, it is used as an ornament for hair. Just bestowing incredible beauty to beautiful Indian women.

Pink Lotus has a great significance in Hinduism, religiously as well as spiritually. The enlightenment in Hinduism is signified by bloomed Lotus. The symbolics of Lotus can be found in Yantras, used by deities for Puja.

Lotus represents wealth and prosperity in Indian culture and rituals. Goddess Laxmi (Goddess of Wealth), is depicted seated on Pink Lotus. Lord Brahma (The Creator) is also depicted as seating on Pink Lotus. For Goddess Saraswati, White Lotus is used for seating.

Pink Lotus is offered to Goddess Laxmi, Lord Shiva, Lord Vishnu, Sriranganatha, and Lord Brahma to please them and get their blessings.

Roses are offered to almost all Gods and Goddesses, but it is predominantly offered, Goddesses. The Roses are considered to be the favorite of Goddess Laxmi, Lord Venkateshwara, Lord Muruga, Lord Ganesha, Lord Perumal, and Goddess Meenakshi.

One of the most vibrant Marigolds, having a distinct aura and fragrance, Marigold Flowers are the most commonly and widely used flowers in Indian festivals, rituals, and culture.

It is closely associated with Lord Ganesha, Jupiter (Brihaspati), Goddess Kali, Lord Shiva, Lord Vishnu, and other Gods and Goddesses.

It represents the charm of love, positivity, creativity, and vibrancy. The flower is orange in colour which also symbolizes the energy of the Sun. Thus, it is very energetic and auspicious. Marigold flowers are the only flower that’s allowed to split in petals to offer almighty.